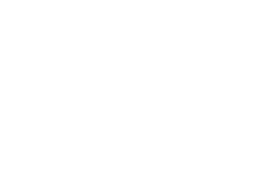 Irwin Naturals THC Products to Be Available in Oregon

Klee Irwin, CEO of Irwin Naturals, said, “We’re excited and grateful to have such an incredible partner as we take this next step toward getting Irwin Naturals THC products on the dispensary shelves in every state where cannabis is legal. Oregon is an important market for us, and Geoff Ostrove is a true pioneer in the industry. The team at Hyphae Wellness not only provides state-wide distribution but can also ensure the high-quality that Irwin Naturals customers expect in our products.”

Geoff Ostrove, Hyphae Wellness CEO, said, “The chance to work with a national brand like Irwin Naturals is a tremendous opportunity not just for our company, but for our entire state’s cannabis industry. This is a household brand that is normalizing and advocating mainstream use of THC, as well as seeking to achieve distribution across the country. We’re excited to be chosen as their partner here in Oregon.”

Irwin Naturals previously reached licensing agreements for the manufacture and distribution of its THC products in California, Colorado, Ohio, New Mexico, and Michigan. The addition of Oregon means that Irwin Naturals THC products are headed to dispensary shelves in five of the 19 states where marijuana is legal for recreational use, including three of the top five markets in the country.

Irwin Naturals was founded in 1994 and has built itself into a brand that is now recognized in 80 percent of American households1 with best-in-class nutraceuticals, such as its famous “Power to Sleep PM.” Irwin Naturals products are available in more than 100,000 stores in North America.

Under the licensing agreement, Irwin Naturals THC products will be manufactured and distributed through Hyphae Wellness, a craft mushroom and cannabis company focused on living soil cultivation methods and solventless manufacturing processes. Based in Eugene, it has state-wide distribution, working with more than 100 retailers across the state. Ostrove has two Master’s degrees and a Doctorate from the University of Oregon. In 2016, he became the President and Founder of one of the first companies in Oregon authorized to cultivate cannabis for recreational use.

Cannabis is now legal in the majority of states. However, because it is not legal at the federal level, cannabis products must be approved on a state-by-state basis. Irwin Naturals is achieving national distribution by reaching exclusive licensing agreements with cannabis manufacturers in different states. Of the 19 states that now allow recreational use of marijuana, Irwin Naturals has licensing agreements with companies in five of those states: California, Colorado, Michigan, New Mexico, and now Oregon. It also has a licensing agreement with a company in Ohio where cannabis use is allowed for medical purposes.

Oregon legalized the medical use of marijuana in November 1998 when a citizen initiative was passed by voters. Non-medical cultivation and use of marijuana became legal in the state on July 1, 2015.

Issuance of Warrants to Purchase SVS

Irwin Naturals announced today that, it has issued an aggregate of 20,000 warrants to purchase subordinate voting shares (the “Warrants”) bearing an exercise price of US$3.00 per subordinate voting share to a provider of event sponsorship services of the Company, as payment of fees owed to such service provider. The aggregate deemed value of the Warrants to be issued is US $30,000, and the Warrants will be subject to a hold period of four months. The Warrants are being issued in lieu of cash in order to conserve the cash resources of the Company.

Irwin Naturals has been a household name and best-in-class herbal supplement formulator since 1994. It is now leveraging its brand to enter into both the cannabis and psychedelic industries. On a mission to heal the world with plant medicine, Irwin has operated profitably for over 27 years2. Irwin’s growing portfolio of products is available in more than 100,000 retail doors across North America, where nearly 100 million people know the Irwin Naturals brand.3 In 2018, the Company first leveraged its brand to expand into the cannabis industry by launching hemp-based CBD products into the mass market. The Company is now leveraging its famous halo of brand trust with an objective to become one of the first household name brands to offer THC-based products and psychedelic mental health treatment. Irwin Naturals became a publicly traded company on the Canadian Securities Exchange (CSE) in August 2021. The Company’s shares began to be traded on the OTCQB Venture Market in November 2021. More information on the Company’s stock can be found via Bloomberg as well as the Wall Street Journal.

For investor-related information about the Company, please visit ir.irwinnaturals.com/

To contact the Company’s Investor Relations department, please call toll-free at (800) 883-4851 or send an email to Investors@IrwinNaturals.com.